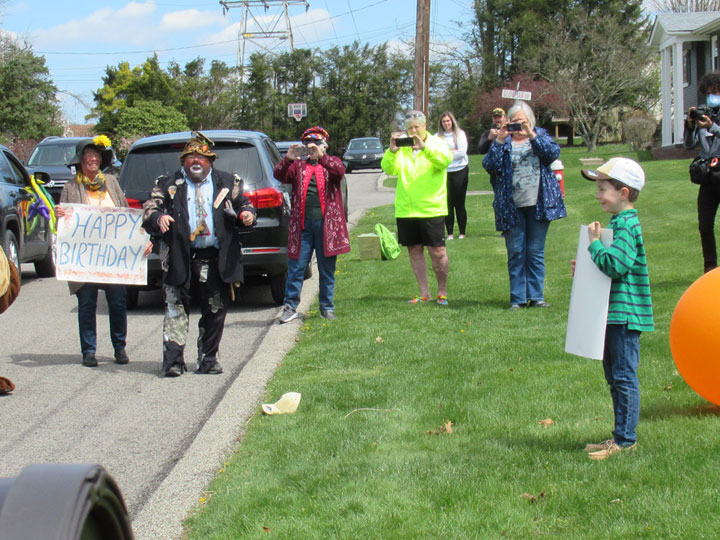 Police cars and fire trucks with flashing lights, Shrine Clowns and miniature Model T's were all parading this past Saturday to offer Happy Birthday wishes to a young member of our community whose birthday party plans were scuttled by public health concerns.

There is a young boy named Kohldon who has not had a birthday party due to serious illness for three of the last four years, and now public health concerns had canceled this year's party plans. Before COVID-19, his Mom had promised a big party this year. She reached out to the community. Kohldon's mother Erin wrote:

"I have planned a surprise “Drive By Birthday Party” that allows for social distancing for April 11th from 1pm-2pm. My goal is to get as many vehicles (as possible) with friends and family to drive by to wish him a Happy Birthday. The PD and fire department is coming. I want people to be creative. Decorate their cars. Make signs. Blow horns. Stop and sing. Play a song. Bring others. Bring their pet(s). Drop a card or gift if they want. Let’s have a BIG birthday parade for Kohldon on Saturday, April 11, between 1 and 2 pm." 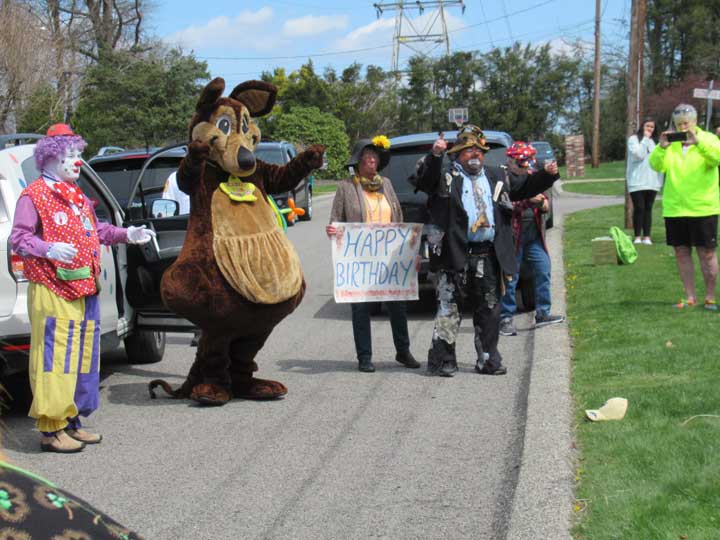 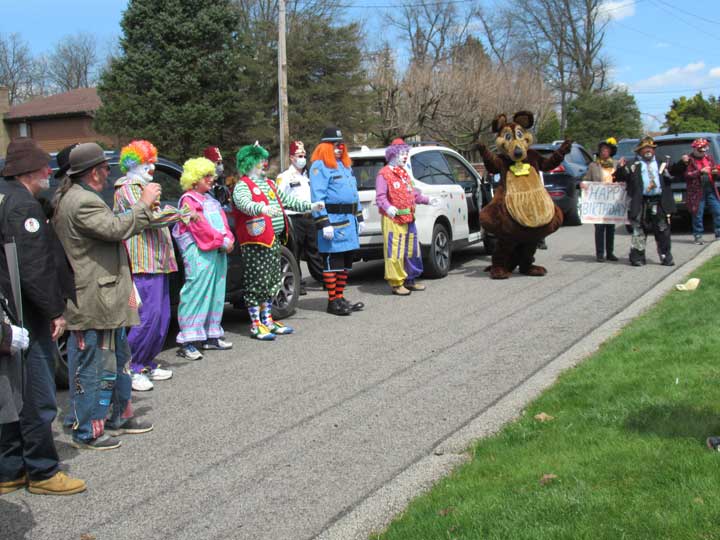 Erin writes further, "This is (Kohldon's) third party in four years that has (had) to be canceled because of his own illness and emergency. I do not want to disappoint him again. He seems to always take the back burner to his four year-old sister's diabetes." 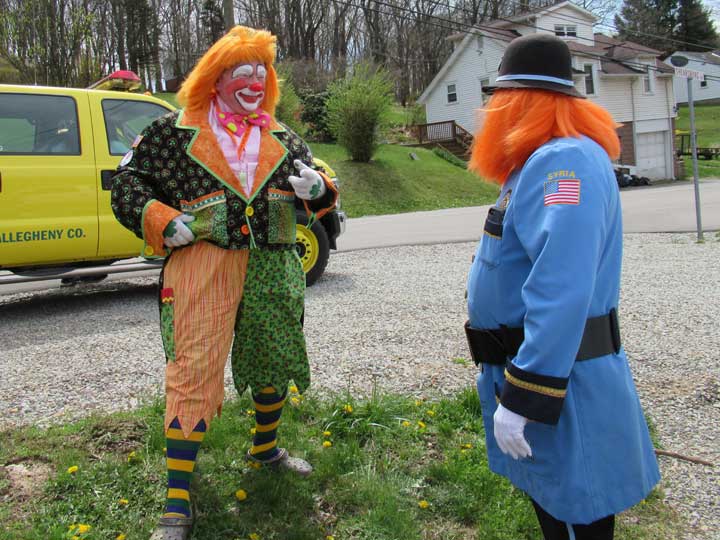 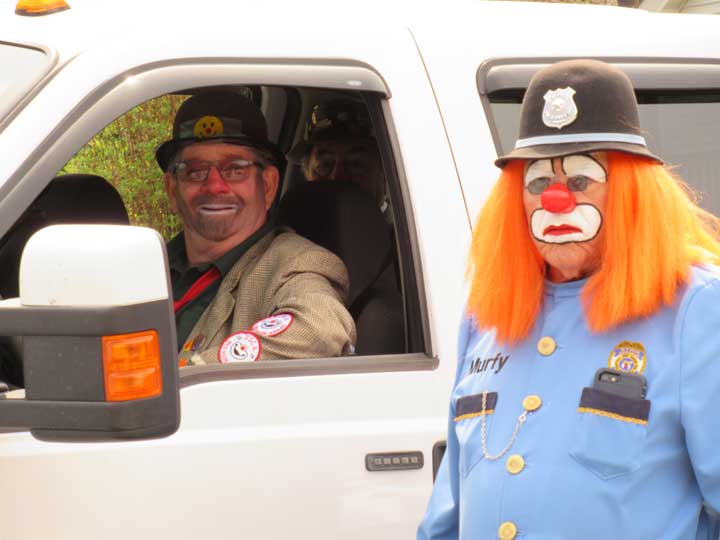 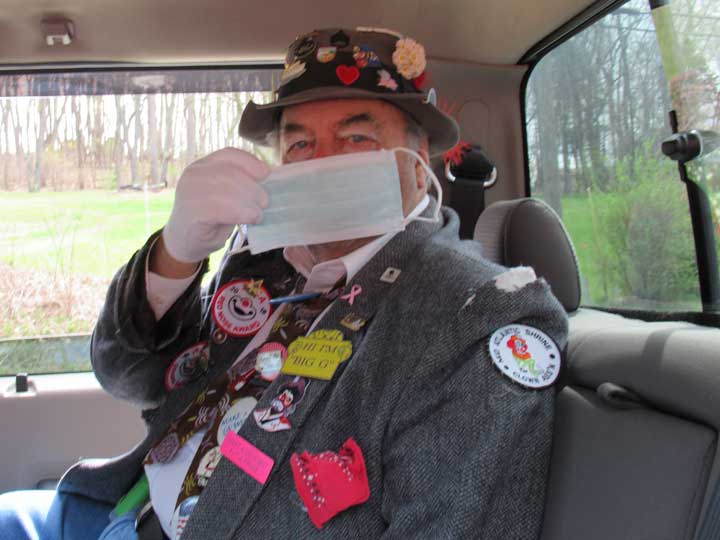 “When Erin reached out through Syria Shriners' Facebook page asking if we might be able to send some clowns to Kohldon's drive-by birthday party, it hit me right where I live,” said Shriners Recorder (secretary) Bob Addleman, a Past Potentate (president) of the local chapter. “We like to say, 'No one stands taller than when they stoop to help a child.' I thought, we can not only send some clowns over to brighten Kohldon's day, we have other motorized Shriners who can add to the parade. Our guys gladly stepped up to volunteer their help. It's a parade, It's helping kids. It's what we do.” 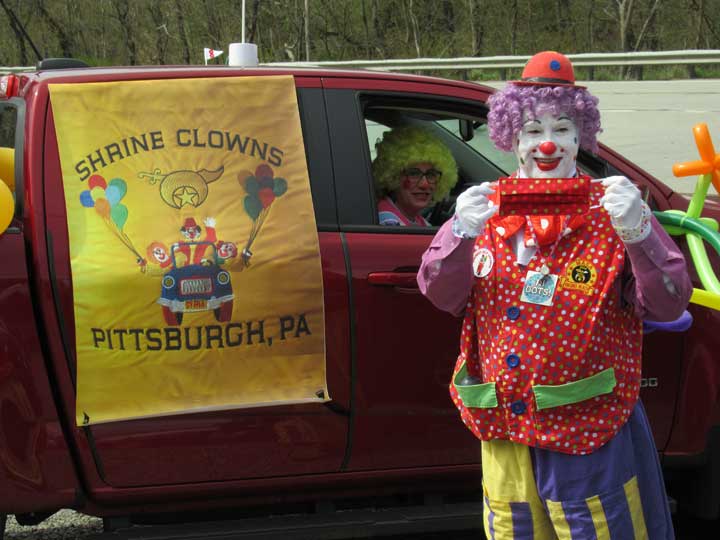 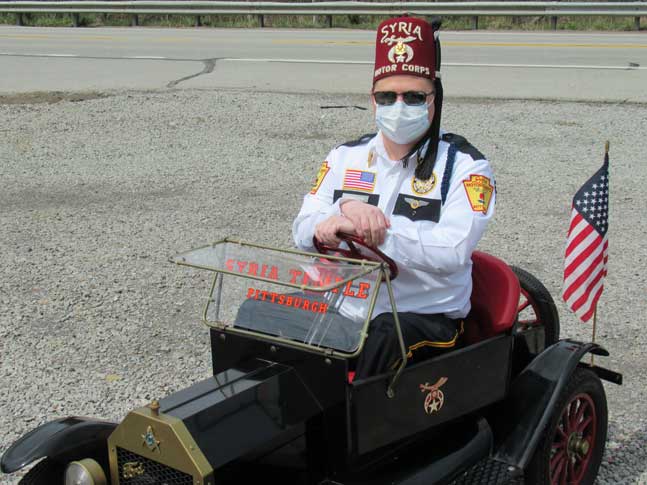 Tim McKiernan, president of the Shriners Motor Corps, and an operator of a miniature Model T, added, “Being able to make a difference in a child's day is what we are all about. Putting a smile on this young boys face makes the effort involved worth it. We enjoy the opportunity to safely provide some positivity during these difficult times.” 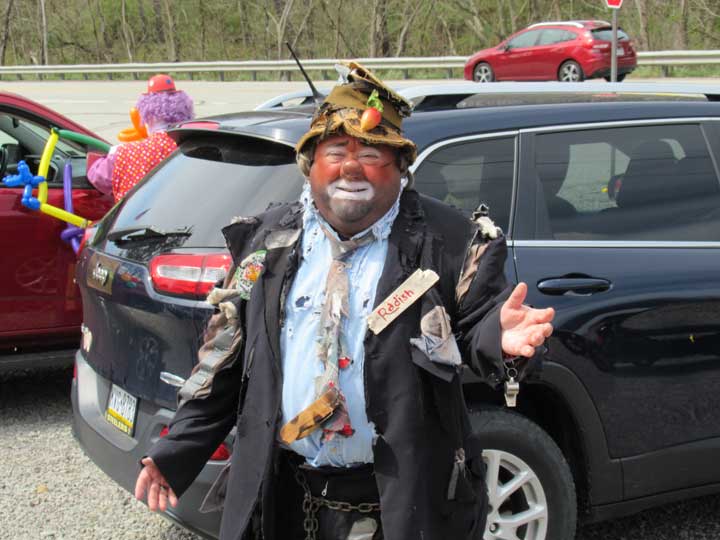 Clowns Captain Dennis “Radish” Schweinsburg said his members were “happy to participate in celebrating Kohldon's birthday safely. Bringing a smile to a child’s face is what we do best. We had a wonderful turn out with Splotchee, Bunkey, Murfy & Betty, Dots & Ida, Putts & Julie, Shamrock & Susan, Hobie, Grumpy, Big G, Bark Lee, Bobo (Bob Addleman, whose grandfather, Cliff Morrell, was Captain in 1964) and my wife Cathy! We were joined by two Model T’s, one driven by Tim McKiernan. This was a great success thanks to all involved. I am not sure that any of you know this but as I was turning out onto the road to head towards home another 25 vehicles were arriving to join the parade. Police cars, numerous fire trucks and emergency vehicles! What you did today represents part of what being a SHRINER is all about. I am quite sure Kohldon and his family, friends and neighbors will remember today forever. Thank you, Brothers, for coming out today for one child’s special day."

Kohldon's mom was overwhelmed with the turnout for the young man. "I can never thank you all enough for your genuine kindness and response to my request. He told me, 'This was the most amazing birthday ever. I'm a rich man.' You all truly are spectacular individuals and show that kindness exists in excess. I will be making a donation in the Syria Clowns name. Thank you, again. This birthday will never be topped." Erin said. 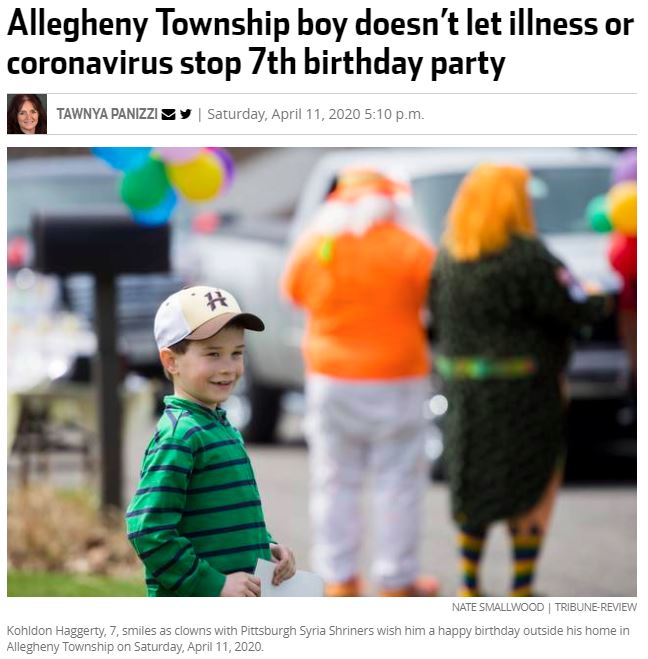 With nearly 4,000 members in Western Pennsylvania, Pittsburgh's Syria Shriners is one of the largest of the nearly 200 local chapters of Shriners International worldwide. The goal of the Shriners is to be the premiere fraternal organization for men of good character. The Shriners are committed to providing attractive, quality programs and services for their members, their families, friends, and the community in a spirit of fun, fellowship and philanthropy. Shriners foster self-improvement through leadership, education, the perpetuation of moral values and community involvement. Shriners serve humankind through the resources of its great philanthropy, the Shriners Hospitals for Children®. For more information, please visit https://www.syriashriners.org.