Since 1955, these lovable men of merriment have delighted ladies and gentlemen and children of all ages.

The Clowns are one of the oldest units to represent the Oasis, and one of the busiest. Our members will appear at almost 100 events throughout the year, including parades, car shows, fairs, parties, and we are featured performers for our annual Syria Shrine Circus.

We meet on the 2nd Wednesday at the Shrine UMR, except for November and December (see event calendar).

Did you Know… There are three major classes of clowns:

Occasionally, a clown will assume a Character persona, for example, a train engineer, jester, or keystone cop. While the costuming and props will reflect the character, the make-up can be taken from any of the three major classes. 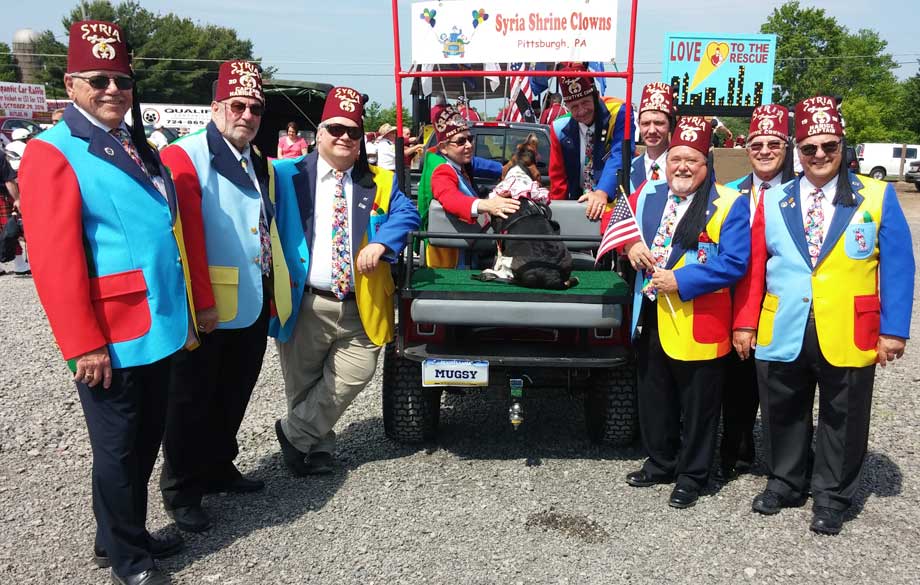 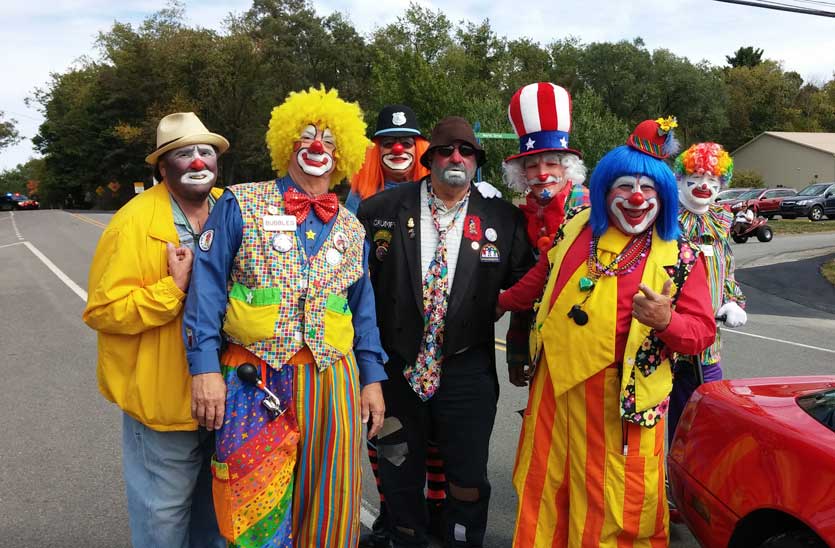 The Pittsburgh Shrine Clowns have a stringent code of behavior. As we are a very public-facing unit, we require our members to pass basic PA Child Abuse Clearances and encourage additional such clearances as necessary. We attempt to always have a partner when we go to events so there is at least another witness who can vouch for a clown’s behavior.

While in costume, we do not permit our members to smoke, or drink alcohol, nor do we do not permit cursing or vulgar displays in our conduct. We believe it is our duty to always conduct ourselves as if our children, wives, and mothers were watching us – so that the innocent and impressionable may stay as such. Members found in violation are subject to review by our unit Executive board and dismissed as appropriate.

Our unit tries to have three ‘clown family’ events per year – a summer picnic, a potentate’s brunch, and a Christmas party. We encourage wives, children and grandchildren to be part of the fun at these events!