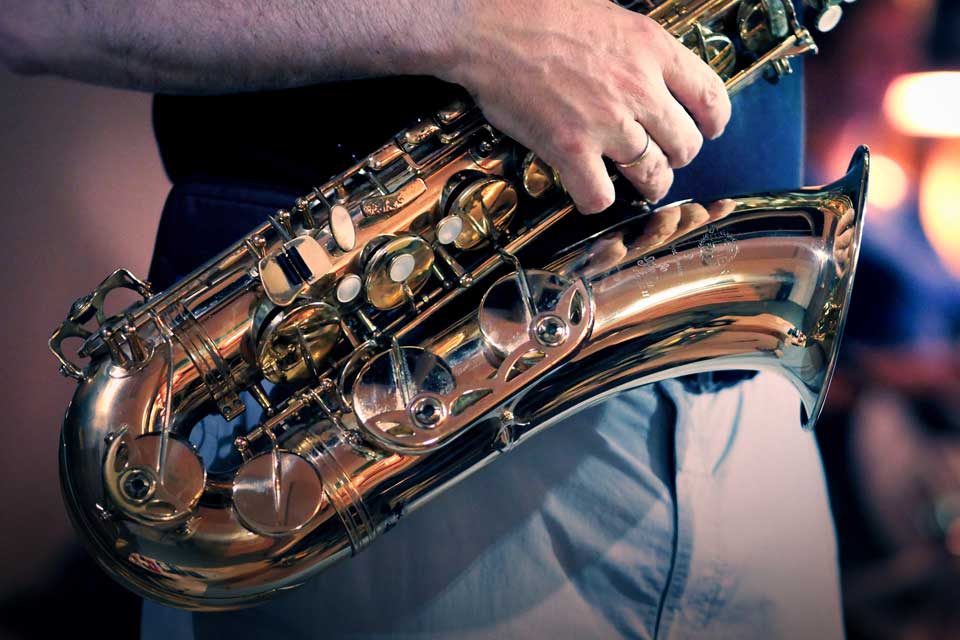 Your 2021 summer just got a whole lot hotter.. The Pittsburgh Shrine Center, Western Pennsylvania’s most flexible special event and entertainment venue, is thrilled to welcome red hot live music performances back to the ‘Burgh!

After a wildly successful first season in a most challenging year, the Pittsburgh Shrine Center Pavilion stage will once again be the #1 place for you and your friends to enjoy local and national blues, rock, country, oldies, jamband and polka artists.

Weekly FREE and ticketed live performances kick off this May and continue all summer long.

If an abundance of caution kept you away last year, these incredible performers hope you will feel comfortable coming out to support LIVE local music in 2021.

The Pittsburgh Shrine Center Pavilion is your Thursday night place to be all summer long!

The Miller Lite Thunder Thursdays Summer Music Series kept the Pittsburgh Shrine Center Pavilion jumping and attendees grooving all summer long in 2020. The Thunder is ready to roll again in 2021.

Where is Thunder Thursdays Held?

The Pittsburgh Shrine Center Pavilion is only a short distance from downtown. We're located at 1877 Shriners Way, Cheswick, PA 15024 ( Map it! ).

There’s NEVER a cover, but you’re ALWAYS under cover, so you don't have to worry about raindrops fallin' on your head!

Gates open at 6pm. Music plays from 7-9pm. Refresh at our full bar. Skip the home cooking for an evening and enjoy food from The StarLite Lounge. Treat yourself to frozen treats from Kona Ice of Butler.

Oh, and FREE parking, too!

Huge, and we mean BIG, live music concerts are coming to the Pittsburgh Shrine Center this Summer.

Here are the upcoming performances with links to get your tickets today! 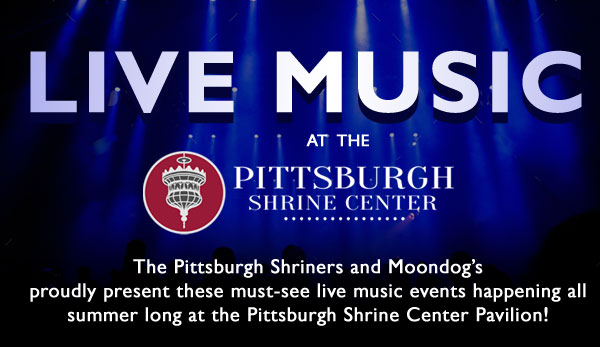 Norman Nardini May 30th - After more than a year away from the stage, Norman Nardini returns in this special physically-distanced outdoor show at Pittsburgh Shrine Center Pavilion. Harry, Whitey and Larry join the Uncrowned King of Pittsburgh Rock n' Roll, as he reclaims his throne. You don't want to miss this one!

CRACKER June 30 - CRACKER brings their uniquely American mix of high-powered post-grunge, post-punk alt-pop and alt-country to the Pittsburgh Shrine Center Pavilion for an all-ages show. It will quite possibly the coolest show you will see this summer! John Vento & Friends will open the show. 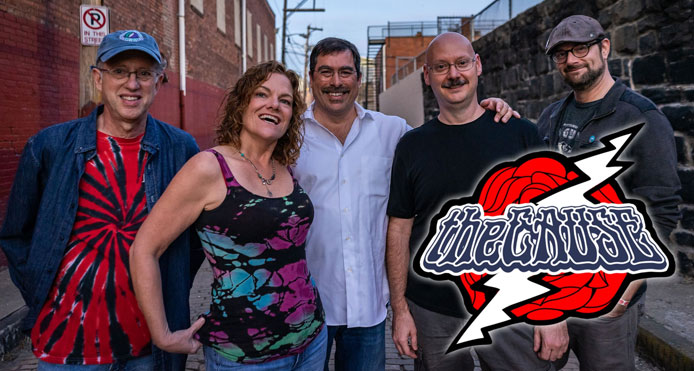 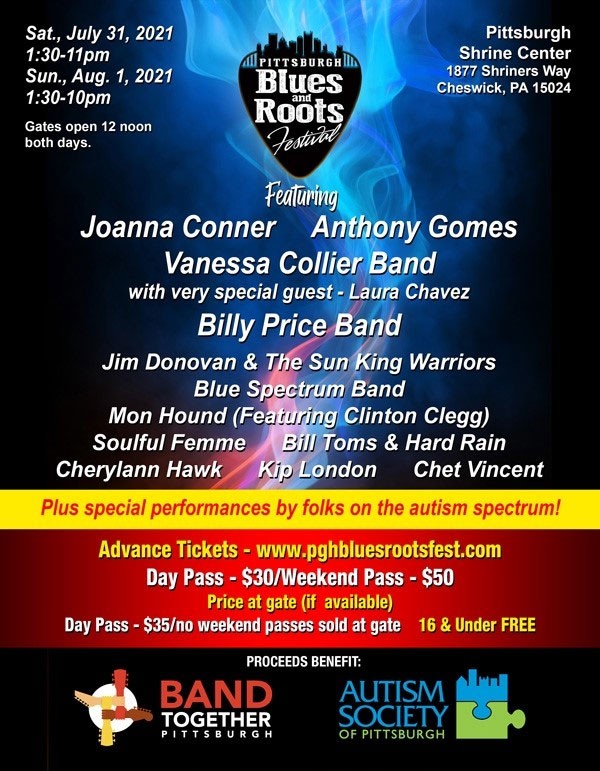 Pittsburgh Blues & Roots Festival July 31st - August 1st - The Pittsburgh Blues & Roots Festival returns to the Pittsburgh Shrine Center Pavilion after a one-year pandemic-related hiatus. This will be the fourth year for the two-day festival at Pittsburgh Shrine Center Pavilion. The festival features national, regional and local blues and roots music to benefit Band Together Pittsburgh, a non-profit organization working with people on the Autism spectrum through music. Musicians who are on the spectrum will be a part of the show. 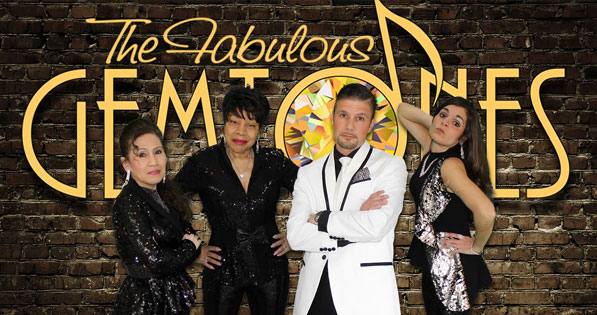 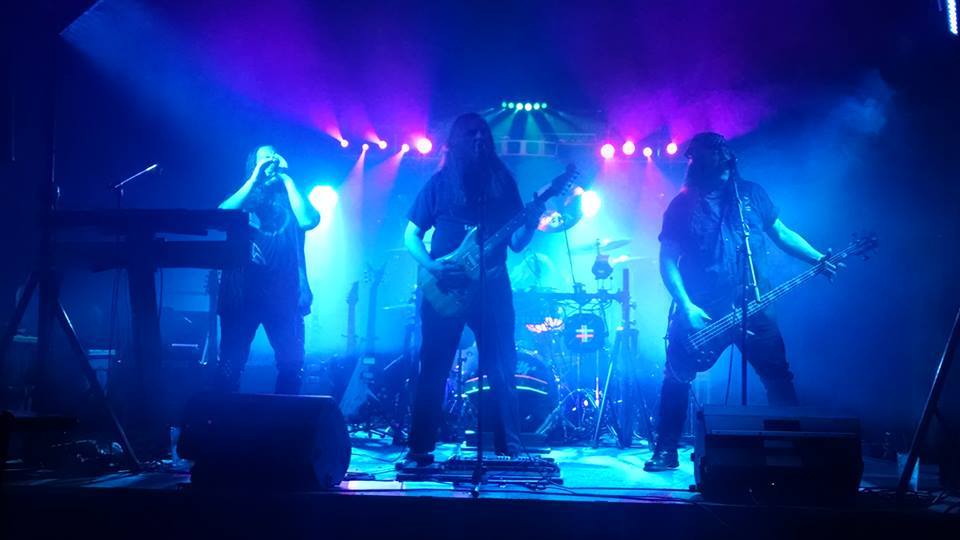 Glitz at the Pittsburgh Shrine Center Pavilion September 18th - Glitz plays Rock 'n' Roll the way YOU like it. All the great songs from all the great rock bands of the 80s and more! Lights, fog, and all the GLITZ you'd expect from Masters of the "hair band" genre.

Additional ticketed events will be announced throughout the summer!

WHERE? The Pittsburgh Shrine Center Pavilion is only a short distance from downtown. We're located at 1877 Shriners Way, Cheswick, PA 15024 ( Map it! ).

Tickets for all shows can be purchased at SyriaShriners.org OR  PghShrineCenter.com

Moondog's Pub has been closed for more than 13 months, and Ronny 'Moondog' Esser won't be reopening until October, but the dog ain't sleepin'. Moondog's has just moved its shows to the Pittsburgh Shrine Center!

The Shriners have teamed up with Ronny “Moondog” Esser to produce our summer concert series.

Shriners business manager Bob Addleman says, “we are so very happy to partner with Moondog's and the StarLite Lounge to provide bands a place to play, and music lovers a place to enjoy them, in as safe an environment as we can offer."

“2020 was a tough year, and we are glad we have a facility that can host these events. Our pavilion can hold 1,000 people, so we can provide ample physical distancing and still have a nice audience for our musicians.”

Esser, who owns Moondog's and the StarLite Lounge in Blawnox, and is the man behind the music at the Pittsburgh Blues & Roots Festival and the Eight Great Tuesdays series in Erie, calls the shows, “a ray of sunshine on an otherwise dismal year for music. Moondog's has been closed since March 2020, we've been able to do very little at the StarLite, the Blues & Roots Festival and the Erie concerts had to be canceled, The Shriners' series gives bands a stage, and their fans a place to see and hear them perform. I'm overjoyed to be a part of it. When music is what you've lived your whole life, you need it to stay sane.”

As a leading entertainment, wedding reception and special event venue, the Pittsburgh Shrine Center adds exciting new events all the time. Check out some of these great times for you and your friends to enjoy! 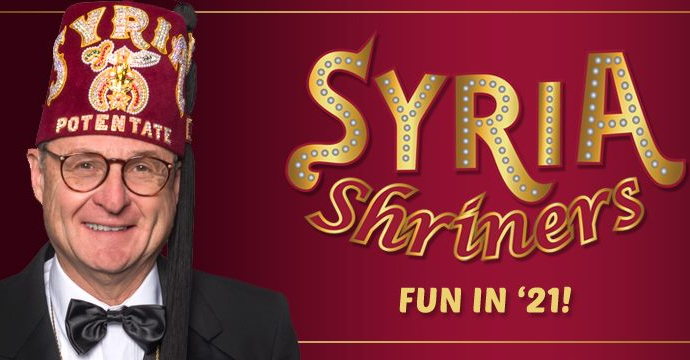 Pittsburgh Shriners’ CEO, Donald Green, who serves a year-long term as ‘Potentate’, has been pleased with the emergence of The Pittsburgh Shrine Center as a regional hotspot for live local music.

“Our first mission is to help kids,” Don says. “Shriners around the world help children through fundraising in support of Shriners Hospitals for Children, where we provide care to children with neuromusculoskeletal conditions, burn injuries and other special healthcare needs. Through these concerts we can simultaneously support our great philanthropy, entertain music lovers from across the Pittsburgh region and showcase the talents of these incredible singers and musicians who grace our stage at the Pittsburgh Shrine Center. We couldn’t be happier!”

The Shriners - A long musical history

Pittsburgh’s Shriners - the premiere fraternal organization for men of good character - have a long and storied connection to musical performance in the Pittsburgh region.

Many Shriner members belong to clubs filled with musicians who play anywhere from our own stage to local parades. The Pittsburgh Shriners Band is nearly 120 years old!

The former Syria Mosque in Oakland served as a premier venue for big time traveling acts and artists for decades. The 3,700 seat Syria Mosque ushered in a grand era of social and ceremonial events, and for nearly 75 years it contributed greatly to Pittsburgh’s cultural life.

"The Syria Mosque for 75 years was the centerpiece of Pittsburgh’s music culture hosting the performances of world renowned classical, jazz and rock artists." (Pittsburgh Music History)

About the Pittsburgh Shrine Center and Pittsburgh's Shriners

For over 25 years, The Pittsburgh Shrine Center has served the Pittsburgh region's desire for a flexible, multi-use special event facility. 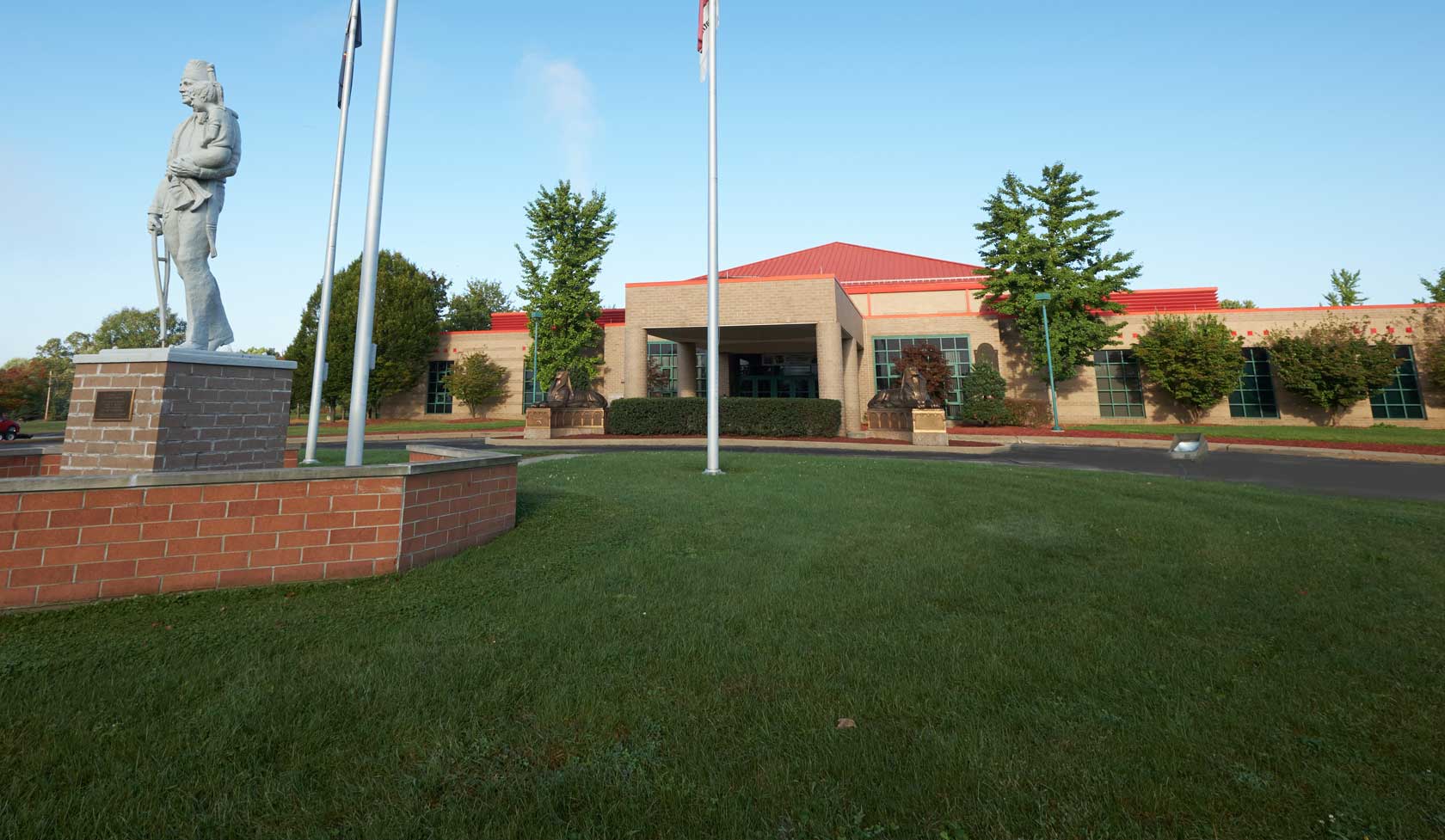 The Pittsburgh Shrine Center has hosted over 500 weddings and an equal amount of corporate, social and civic events. Beyond its role as a hub of activities for Pittsburgh's Syria Shriners, the Pittsburgh Shrine Center welcomes the public year-round as a venue for banquets, weddings, wedding and bridal showers, concerts, pageants, stage shows, trade shows, dinner theater, civic meetings and other business and social affairs.

The Pittsburgh Shrine center also hosts its own seasonal events open to the public.

Founded in 1877, and with nearly 4,000 members in Western Pennsylvania, Pittsburgh's Syria Shriners is ninth-oldest and third-largest of the nearly 200 local chapters of Shriners International worldwide.

The goal of the Shriners is to be the premiere fraternal organization for men of good character.

The Shriners are committed to providing attractive, quality programs and services for its members, their families, friends, and the community in a spirit of fun, fellowship and philanthropy. Shriners foster self-improvement through leadership, education, the perpetuation of moral values and community involvement.

Shriners serve humankind through the resources of its great philanthropy, the Shriners Hospitals for Children®.